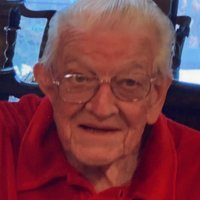 Edward J. I. Gannon, Jr. Age 89, of Pittsburgh, passed away on Friday, January 31, 2020, following a short illness. Ed is survived by his sons Edward III (Lisa) and Christopher (Sharon), his grandchildren Kristina, Maksim, Isabelle and Jack, brother-in-law John Burns, and many nieces and nephews. He was preceded in death by his wife of 51 years, Mary Jane (Burns), and his sisters Mary Madelyn Castner and Dr. Jeanne Alvin. A graduate of Central Catholic High School, Duquesne University and the University of Pittsburgh, School of Law, Ed practiced law for more than fifty years as a member of Hazlett, Gannon & Jacobs. More recently, Ed served on the Wilkins Township zoning board. Ed was an active member of several organizations including the Irish Centre of Pittsburgh, Gaelic Arts Society and the Frick Park Lawn Bowling Club. Friends received at McCabe Bros. Inc. Funeral Home, 6214 Walnut Street, Shadyside on Friday, 2-4 and 6-8 pm, where Funeral will commence on Saturday at 9 am, followed by Mass of Christian Burial in St. Bede Church at 10 am. In lieu of flowers, donations may be made to Central Catholic High School or Duquesne University. Condolences may be left at www.mccabebrothers.com