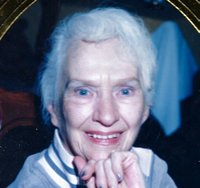 Margaret Ann Jones Margaret Ann Jones passed away on Wednesday, July 8, 2020. She was a resident of East Liberty. She was predeceased by her father Dalbert B. Jones and Margaret Ruscak Jones. She is survived by cousins Mary Ann Posa of Spring Hill, Florida and Martha Ann Bell of Beaver, Pennsylvania as well as her devoted partner Charles “Chaz” Hooper. She retired as Assistant Manager from Verizon, formerly known as Bell Telephone Company of PA. Margaret grew up in the North Side of Pittsburgh. She was awarded a partial scholarship to acting school when she graduated from High School, but her devotion to her parents financially kept her from achieving that dream. Margaret was an avid traveler when her parents were alive and Hawaii became one of their prized destinations. She also traveled with her cousin Martha Ann Bell and especially enjoyed her trip to Key West Florida where she was able to see the Truman summer home, the Ernest Hemingway House, and draw a sketch of the famous Lighthouse at Key West that saved many a lost sea captain. She also participated in the activities at Sunset in Mallory Square that attracts people from all around the world. Weekly outings to spend the afternoon with her cousin Mary Ann Posa was an activity that Margaret thoroughly enjoyed. Margaret was deeply devoted to her cousin Martha Ann Bell and coordinated her legal defense fund and spearheaded a letter writing campaign on Martha’s behalf. Margaret’s hobbies were art, music and the theater. She loved to paint watercolor drawings, especially lighthouses. She enjoyed listening to Walt Harper at the Attic in Shadyside and was a loyal participant of the 3 Rivers Arts Festival and the Shadyside Art Festival and frequently attended productions at the Pittsburgh Playhouse and the O’Reilly Theatre. Margaret will be deeply missed by all who knew her. May she Rest In Peace. May her life be an inspiration to all of us for her devotion to others and her love of beauty in life. A Memorial Mass will be offered for her at Sacred Heart Church in Pittsburgh, PA at a later date to be announced. Arrangements by McCabe Bros., Inc. Condolences may left at www.mccabebrothers.com