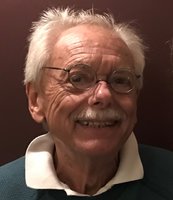 William “Bill” Patrick Connor Age 80, of Fox Chapel passed away Sunday, September 27, 2020. He went to his eternal rest surrounded by his wife and children. He was born to William and Elizabeth Connor of Pittsburgh, Pennsylvania on April 8, 1940 and was also preceded in death by his brother James Connor and sister Betty Sue Kenna. Bill attended Sacred Heart Grade School and Central Catholic High School. He earned a Bachelor’s in Civil Engineering from Youngstown University and achieved a Master’s degree of Science in Civil Engineering and additionally a Master’s in Education, both from the University of Pittsburgh. Bill was a successful businessman as the President and CEO, since 1976, of the Globe Electric Company Inc. located in Sharpsburg, PA, a company that was formed by his father-in-law Bernard Gottschalk in 1939. Bill enjoyed every aspect of life from the simple pleasures of walking his dogs, rounds of golf with his friends, to the many family vacations he treasured. He was an amazing man whose kindness and warmth left an impression on all who paths he crossed. Bill is survived by his wife Bernadette, daughter Paula Troy (Daniel) and son Christopher Connor. He also leaves behind grandchildren Andrew Troy and Kasey Principe and great-grandchildren Jayonna Troy and Luca Troy along with many nieces, nephews, business associates and friends who all played an important role in his life. Friends received at McCabe Brothers Funeral Home, 6214 Walnut Street, Shadyside on Thursday, October 1, from 2 pm-4 pm and 6 pm-8 pm, where funeral will commence on Friday, October 2 at 9 am, followed by Mass of Christian Burial in Sacred Heart Church at 10:00 AM. In lieu of flowers, the family suggests donations in Bill’s name to Animal Friends, www.thinkingoutsidethecage.org Condolences may be left at www.mccabebrothers.com