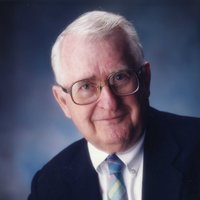 Age 90, of Point Breeze passed away on Thursday, October 29, his 54th wedding anniversary with his wife by his side. Beloved husband of Kathleen McClain Lee and loving father of Robert Jr, Kevin (Karen), Margie O’Leary (John), Thomas (Patti) and Brian. Grandfather of Kyle (Shannon), Meredith, Claire, Matthew, Daniel and Thomas Lee, Caitlin Echelberger (Eric), and David O’Leary. Great grandfather of Brigid Lee. He was predeceased by his daughter Maria in 2018, his first wife Ruth Anne Carazola in 1964, his parents Martin and Margaret Lee, his sisters Peggy and Mary Frances Schreibeis and his brother William. He had 44 nieces and nephews. Brother-in-law of Michael McClain (Rosemary), William McClain (the late Norma), Judith Bergiel (Blaise), James Carazola (Jan), Mary Codelli (the late Heinrich) and the late Edward J. McClain, M.D. (survived by Dolores). He was a 1948 graduate of Central Catholic High School where he is a member of the Hall of Fame. He received his Bachelor of Science Degree, Cum Laude and his Medical Degree from the University of Pittsburgh where he was inducted into the Alpha Omega Alpha Honor Society. He received his training in Pathology at the Medical Center in Pittsburgh followed by a research fellowship at The Scripps Research Institute in La Jolla, CA. Dr. Lee was an esteemed and beloved pathologist, educator, researcher and leader in the department from 1962-2001. He served as Chief of Pathology at Presbyterian University Hospital, Vice Chairman for Clinical Affairs and Director of Laboratories. He was author or co-author of over sixty medical publications with a prime interest in Gaucher’s Disease. As Professor Emeritus, he continued to grace the department with his remarkable teaching ability, cheerful personality and wonderful sense of humor. He was very proud to have received the Philip S. Hench Award as Distinguished Alumnus of the University of Pittsburgh School of Medicine. He served on many boards including Achieva, St. Anthony School for Exceptional Children, Allegheny County Medical Society and many others. The Family gratefully acknowledges the exceptional care from physicians and medical staff at the Presbyterian University Hospital SICU during his last seven days. Friends received at McCABE BROS. INC. FUNERAL HOME, 6214 Walnut Street, Shadyside on Tuesday, 2-4 pm and 6-8 pm. A Mass of Christian Burial will be held in St. Mary Magdalene Parish, St. Bede Church, 509 S. Dallas Avenue, Pgh, PA 15208 on Wednesday at 10 am. THOSE WISHING TO ATTEND, PLEASE GATHER AT THE CHURCH. In lieu of flowers, donations may be sent to the Scholarship Fund at Central Catholic High School, 4720 Fifth Ave, Pgh, PA 15213 or the Down Syndrome Center at Children’s Hospital, 4401 Penn Ave, Pgh, PA 15224. Condolences may be left at www.mccabebrothers.com