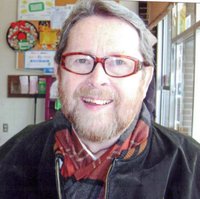 David J. McFadden Of Squirrel Hill passed peacefully on Friday, May 7, 2021 at the age of 82. After graduating from Duquesne University, David pursued a career in advertising. He wrote commercials at high profile agencies including Ketchum Advertising in Pittsburgh and Foote, Cone & Belding in San Francisco. After a successful career in advertising, David returned to school in his late 40’s. He earned an MSW at the University of Pittsburgh. He then embarked on a new career path helping people as a counselor and hypnotherapist. He even had a brief acting stint appearing with Nick Nolte and Susan Sarandon in the movie “Lorenzo’s Oil”. However, David will be best remembered for his zany sense of humor and creativity which were displayed in his comic book “McFadden’s Funnies” and his hit original song “If Ireland Were Formica, The Angels Could Wipe It Clean”. While he had many passions, his greatest was his family. He was preceded in death by his beloved wife of 48 years, Ann; sister Peggy and parents Dan and Betty. He is survived by his son, Dave (Melissa); brothers Dan (Nora), Dennis (Dympna), Neil (Linda), Michael (Lupe), sister Eileen (John) and his cherished granddaughters, Betsy and Evelyn. Friends received at McCabe Bros., Inc. Funeral Home, 6214 Walnut Street, Shadyside, on Sunday, 2-4 and 6-8 pm. A Mass of Christian Burial will be held in St. Paul Cathedral on Monday at 10 am. Condolences may be left at www.mccabebrothers.com