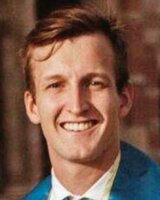 A loving brother, son, and friend of many, died Tuesday, November 16th, 2021 in a sudden car accident at the age of 23. Born in Pittsburgh, PA on June 7, 1998, the cherished son of Richard Fennell and Graciana Rodriguez Vitalie (William), Tomi graduated from Fox Chapel Area High School in 2016, and went on to get his undergraduate degree in International Relations from UCLA in 2020. He was pursuing a joint masters degree in Energy Regulation and Law at Vermont Law School where he was involved in making valuable contributions to the Environmental Law Society and the Energy Law Institute. Throughout his life, Tomi had a passion for reading and writing and wrote short stories which he would share with his family members and friends, often getting feedback from the brothers to whom he would offer advice. He always recognized the importance of giving back and intended to use the skills he developed to become a professor and fight for climate justice. He was a loving and attentive brother, son, and friend. He exuded qualities of kindness, compassion, and selflessness and was described by his family members and friends as a role model. He was not only present in the lives of the people who knew him, but extended that compassion out to the world around him, always seeking to learn about the struggles and perspectives of people that had no relation to him. Above all else, he will be remembered for the singular attention that he gave to whomever it was he was speaking and the steps he took to go out of his way to show those he loved how he felt about them. Although only at the early stages of his life, there was no doubt in people’s minds that he was going to make a big mark on this world. He will always be loved and missed. Tomi is survived by parents Richard Fennell and Graciana Rodriguez Vitalie (William) of Pittsburgh, PA; brothers, Lucas, Nicholas, and Tobias Fennell; grandparents, Richard and Catherine Fennell of Boston, MA, and Norberto and Ines Rodriguez of Tucson, AZ; uncles, John Flynn, Charlie Grossman of Newburyport, MA, Dan Woods of Jacksonville, FL, Sergio Rodriguez of McAllen, TX, Joe Wesley and Luis Seldner of Tucson, AZ; aunts, Marybeth Fennell and Susan Flynn of Boston, MA, Renee Woods of Jacksonville, FL, Cecilia Wesley and Maite Seldner of Tucson, AZ, Carolina Rodriguez of McAllen, TX, and the late Allison Grossman; and cousins, Casey and Mark Brust, Catie, Madelyn, Mackenzie, and John Flynn, Charlie and Brendan Grossman, Martina and Mia Rodriguez, Matias and Ana Wesley, Ines, Julia, and Luis Seldner, all of whom are deeply saddened by his loss. Visiting hours at the McCabe Brothers Funeral Home on 6214 Walnut St, Pittsburgh, PA 15206, will be from 1 to 4 P.M. and 6 to 8 P.M. on Friday, November 26th. A Mass of Christian Burial will be held will be on Saturday, November 27th at 10 A.M. at Christ the King Parish, St. Joseph Church, 342 Dorseyville Rd, Pittsburgh, PA, 15215. In lieu of flowers, donations in his memory can be made payable to the “Thomas Fennell Memorial Fund” mailed to Vermont Law School, P.O. Box 26, South Royalton, VT 05068 or submitted online at https://connect.vermontlaw.edu/makeagift. Condolences may be left at www.mccabebrothers.com