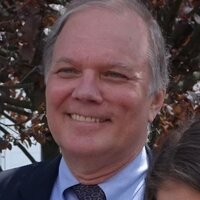 Charles “Chuck” Philip Norkus Age 74, of Houston, TX and Pittsburgh, PA, son, father, grandfather, and brother died in November of 2021. Cherished son of the late Stanley and Emma Norkus. Beloved father of Jennifer Marionni (Daniel) and Allison Stager (Rob). Former spouse of Maripat. Proud and supportive “Pop-Pop” of Joseph, Gabrielle, Kathryn, Charlotte, and Bridget. Devoted brother of Dr. Robert Norkus (Mary Beth), Ginny (John Brown), and Patty (Michael Fitzurka). Chuck was born and raised in Pittsburgh. He attended the University of Pittsburgh, where he earned an undergraduate and master’s degree in industrial engineering. He had a long and successful career with ExxonMobil that took him around the globe. After raising his family in New Jersey with Maripat and retiring, Chuck returned to Pittsburgh and sponsored a scholarship at his alma mater. An avid sports fan, Chuck loved nothing more than a good game on television and a beer. He traveled to ballparks all over the country with friends. Great pride was taken watching his grandchildren grow, attend school, and pursue their own interests. Chuck will be remembered for his intelligence, work ethic, smile, and laugh. And of course, his devotion to Pitt. Hail to Pitt! A Mass of Christian Burial will be held at St. Jude Parish, Sacred Heart Church on Tuesday, December 28th at 10 am. Arrangements by McCabe Bros., Inc. Condolences may be left at www.mccabebrothers.com