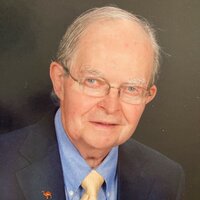 Matthew J. Griffin, Jr. Of Point Breeze passed away at the age of 87 on Tuesday, January 4, 2022. Beloved husband of 61 years to Donna M. Griffin; father of Matthew (Marita), Eileen Stewart (Neil), Brian (Kathryn), Michael, Stephen and the late Kevin; grandfather of Shannon, Kelsey, Colin, Julia, Evan, Ashley, Nichalas, Naiya, Shane, Sarah, and Hannah; brother of Michael (Nancy) and the late Norma Gula (the late John), Thomas (the late Frances), William (the late Carol and Fran) and Martin (the late Rose); also survived by nieces and nephews. Matt spent his career at Mellon Bank. Prior to that, he served in the US Navy. He was most proud of his wife and family, along with his Irish heritage. Faith was a part of everything he did — including sponsoring countless people in AA, volunteering for St. Vincent De Paul, serving as an eucharistic minister, as well as singing in his church choir. Matt took up running at a later age, and even took part in the Pittsburgh Marathon at age 56. He loved gardening and walking his dog in Frick Park. He may have been a man smaller in stature, but he was larger than life with his endless jokes and professional sounding Danny Boy. Friends received at McCabe Bros., Inc. Funeral Home, 6214 Walnut Street, this Friday, 2-4 and 6-8 pm. A Mass of Christian Burial will be held in St. Mary Magdalene Parish, St. Bede Church on Saturday at 10 am. The family requests that masks be worn at the visitation and funeral. Interment private. In lieu of flowers, the family suggests donations to St. Vincent De Paul Society. Condolences may be left at www.mccabebrothers.com.