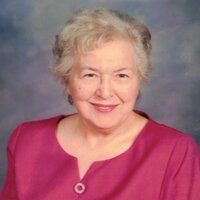 Audrey Turlick Scholle Fusco Age 92, of Pittsburgh, PA, on Tuesday August 2, 2022. Audrey was born to Catherine and Andrew Turlick on August 19, 1929 and grew up in Duquesne, PA. She was predeceased by: her parents; husbands Robert Anthony Scholle and Joseph Anthony Fusco; her sister Arlene Trichtinger; and her son Robert Andrew Scholle. She is survived by four children: Kenneth Robert Scholle (Anne); Kathryn Scholle Hale (Jonathan); Paul Russell Scholle (Rita); and Wendy Fusco Barth (Kenneth). Audrey is also survived by eleven grandchildren: Jennifer Anderson; Mary Scholle; Katie Baulier; Benjamin Hale; Andrew Scholle; Joseph Scholle; Alessandra Scholle; Robert Scholle; Martin Scholle; Anthony Scholle; and Juliette Barth. She is also survived by four great-grandchildren: Bailey Baulier; Milo Baulier; Lydia Scholle; and Scarlett Anderson. Audrey attended Holy Trinity Grade School in Duquesne. She was proud of having attended the first racially integrated Girl Scout Camp in Pennsylvania. After the family moved to Squirrel Hill in the early 1940s, Audrey attended Mt. Mercy Academy, then located in Oakland. In 1951, she received her Bachelor of Science Degree in Biology from Mount Mercy College (now Carlow University). She earned a Masters Degree in Special Education from the University of Pittsburgh. She was pioneer in the field of Special Education. Family was the most important thing in Audrey’s life. She took great pleasure in every member of her family. She loved her children, grandchildren and great-grandchildren. She was generous to a fault. She enjoyed all family gatherings and her house was always a hub of family activity. She enjoyed international travel and her annual family beach vacations. Audrey was a pillar of strength for her family through some very difficult times. When her first husband, Robert Scholle, died an untimely death in 1960, Audrey found the strength to care for her four young children (Ken, Kathy, Paul and Bob) and to support them as a substitute teacher. In 1964, she married Joseph Fusco and gave birth to her fifth child, Wendy in 1965. In 1978, Joseph suffered a disabling stroke and Audrey returned to teaching after earning a post-Masters certificate as a Reading Specialist from Duquesne University. Until retirement in 1992, she taught in the Allegheny Intermediate Unit and in the Pittsburgh Public Schools. She was an extremely dedicated teacher and often spoke of her students with great affection. Education was extremely important to Audrey. She was proud of her educational attainments and those of her children. She loved her alma mater, Carlow University, and worked hard for many years on its Alumnae Committee. She taught her children the importance of education, especially the importance of speaking clearly and precisely. She took a keen interest in the education of her grandchildren and great-grandchildren, and generously contributed to it by her good example. Her favorite activity was to attend a “good graduation.” She was a member of the Newman Club and the University Catholic Club, and a lifetime member of St. Bede Church. Visitors will be welcomed at McCabe Brothers Funeral Home, 6214 Walnut Street, Pittsburgh PA 15206, on Friday, August 5, 2022 from 2-4 PM and 6-8 PM. Masking optional. A funeral Mass will be celebrated at St. Bede Church (St. Mary Magdalene Parish), 509 South Dallas Avenue, Pittsburgh, PA 15208 on Saturday, August 6, 2022 at 11 AM. Condolences may be left at www.mccabebrothers.com