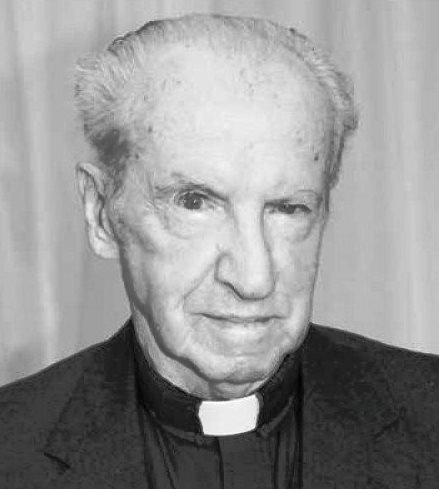 On Thursday, January 31, 2019, age 90.  Born in Pittsburgh, PA to Paul and Beatrice Flynn Colligan.  Brother of John T. Colligan, Elaine MacIntyre and the late Vivian Sweeney, and Robert, Michael P. and Thomas Colligan; also survived by nieces and nephews.  Father Colligan graduated from Central Catholic High School in 1946. He entered Maryknoll in 1948.  Seminary Studies earned him a Bachelor’s in Philosophy and a Master’s in Religious Education. After Ordination in 1955, he was assigned to Japan. Language study and parish assignments occupied his early years, including an assignment as Pastor and Kindergarten Principal in Mikasa, Hokkaido. Meanwhile, he provided articles and photos of Japan to church publications abroad. Assigned in 1966 to full time writing and photography, he spent 3 semesters at Syracuse University to earn a Master’s in journalism.  Returning to Japan in 1968, he obtained Japanese Government accreditation as correspondent of the US Bishop’s news service in Washington DC.  He spent a year as Tokyo Bureau Chief for the Union of Catholic Asian News (UCAN) before resuming affiliation with the US Bishops’ Agency, Catholic News Service (CNS). He was elected three times chairman of Foreign Press in Japan (FPIJ). For a decade, he contributed a regular column for the Japan Christian Quarterly. He was co-editor to their book Christianity in Japan. He provided editorial materials on Asia for Maryknoll; compiled a history of the Society’s presence among the ethnic Japanese; and a summary, with photos, on the Church works in Bangladesh.  A member of the Catholic Press Association, the Overseas Press Club and the Foreign Correspondents Club of Japan, which awarded him a life membership in 1994.  Fr. Colligan was assigned to the United States in 1997, in Los Angeles. He assisted at St. Francis Xavier Parish and its Japanese Catholic Mission. In 2003, he was assigned to Retirement and returned to New York in 2012.  Friends received at McCabe Bros., Inc. Funeral Home, 621 4 Walnut Street, Shadyside on Sunday, 2-4 and 6-8, where funeral will commence on Monday at 9 am, followed by Mass of Christian Burial in St. Paul Cathedral at 10 am.  Interment private.  Condolences may left at www.mccabebrothers.com.  In lieu of flowers, the family suggests donation in Fr. Jim’s name to Maryknoll Missions, www.donate.maryknoll.org