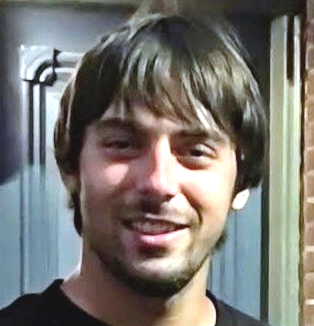 On Sunday August 25, Christopher John Emmons passed away peacefully at the age of 24. He was the son of Carol Runco Emmons of Highland Park Pittsburgh, father Steve Emmons of Long Island and Macedonia, Ohio, and beloved brother of Stephen Emmons. Christopher is also survived by grandmothers, Marjorie Runco of Pittsburgh, Marylou Emmons of Montauk and by a large extended family of loving aunts, uncles and cousins. He is especially missed by cousins Michael, Maddy, Lincoln, Ben, Ally, Killian and Ravenna Runco as well as Michelle and Frank Fritz, Ryan and Daniel Emmons and John Clark.

He lived an extremely healthy lifestyle, but had a congenital heart condition which was being monitored. In spite of this, he was a true Nature’s child, happiest near a lake, river, ocean, rock ledge, waterfall or anywhere he could be surrounded by trees or in the presence of God’s beauty. On Sunday he had been hiking on a trail and paused to rest in Highland Park under a beautiful oak tree where he was later found.

Still waters run deep. This best describes Chris. Outwardly he was quiet and thoughtful; inwardly he was busy analyzing, questioning and always determined to do the right thing. He was a disciplined and intentional young man who thought before he spoke and meant what he said. For his loving parents, he was a constant source of pride. He was deeply passionate about the people and things he loved which included family, friends, “surrogate” mothers and fathers, and his dog. He was talented and loved fishing, skiing, boating, hiking, growing and gardening and designing systems that would solve problems. He put his creative mind at the disposal of all around him.

Chris received his Bachelor’s degree in Electrical Engineering at the University of Akron in May and began a Master’s program in June and had a very promising future.

According to his wishes, his organs were donated. Friends will be welcomed at McCabe Brothers Funeral Home at 6214 Walnut Street, Pittsburgh, 15206 on Friday, August 30, from 6 to 8 pm and on Saturday from 1 to 4 pm. The closing service will begin at 4 pm. A celebration of a beautiful and meaningful life will follow at 1206 Heberton Street, Pittsburgh PA 15206. Ashes will be scattered in the places Chris loved including Montauk, Long Island. In lieu of flowers, we suggest a contribution to the Arbor Day Foundation and a tree will be planted in his honor in a national forest. https://www.arborday.org/join/tictim/registryBrowser.cfm