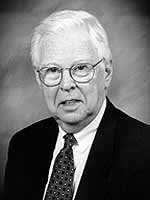 Of Morningside, on Sunday, September 1, 2019, at the age of 81. Pete King was an affable, smart, wonderful man.  A comprehensive list of his accomplishments are too numerous to fit here (and also too difficult to locate because of his modesty).  Pete practiced law as a revered member of the Allegheny County Bar for 53 years before retirement.  A tremendous supporter of the Bar Association’s annual Bench Bar conference, you could find him in the Young Lawyers Division suite (through his 70’s) participating as a past president in the Pass the Gavel ceremony.  Pete was the first Editor-in-Chief of the Duquesne University Law Review and often reflected fondly on his time there. In 1998 he received the Meritorious Service Award from Duquesne, which he regarded as an enormous honor. More importantly than his many professional accomplishments, Pete was a guy you wanted to spend time with. He was funny and smart.  He had an impeccable reputation for being fair and thoughtful. He loved to tell stories. It would be difficult if not impossible to find a person who knew him and didn’t love and respect him as a lawyer, and even more as a person. Most of all though, particularly in his later years, he loved to spend time with his family. On Sundays, you could find him sitting cross-legged on a bar stool in his den, drink in one hand and pen in the other, watching the Steelers and keeping track of the wins and losses for the family’s competitive weekly pool. The loss of his warm smile and friendly guidance will be felt by many. Pete is survived by his wife, Dolly King; his children, Linda A. King (Mariah Passarelli), Carole King (Chip Burke) and Ronald King (Anne Allen King); his grandchildren, Griffin, Sean and Alaina King, Charlie, George, Sam and Amy Burke and Bennett and Spencer Passarelli; preceded in death by his brother, Francis J. King.  Friends received at McCabe bros., Inc. Funeral Home, 6214 Walnut Street, Shadyside on Wednesday, 2-7 pm.  A Mass of Christian Burial will be held at St. Raphael Church on Thursday at 10 am.  Entombment to follow at Allegheny Cemetery.  In lieu of flowers, the family suggests donations in Pete’s name to DePaul School for Hearing and Speech, www.depaulhearingandspeech.org/donate.  Condolences may be left at www.mccabebrothers.com