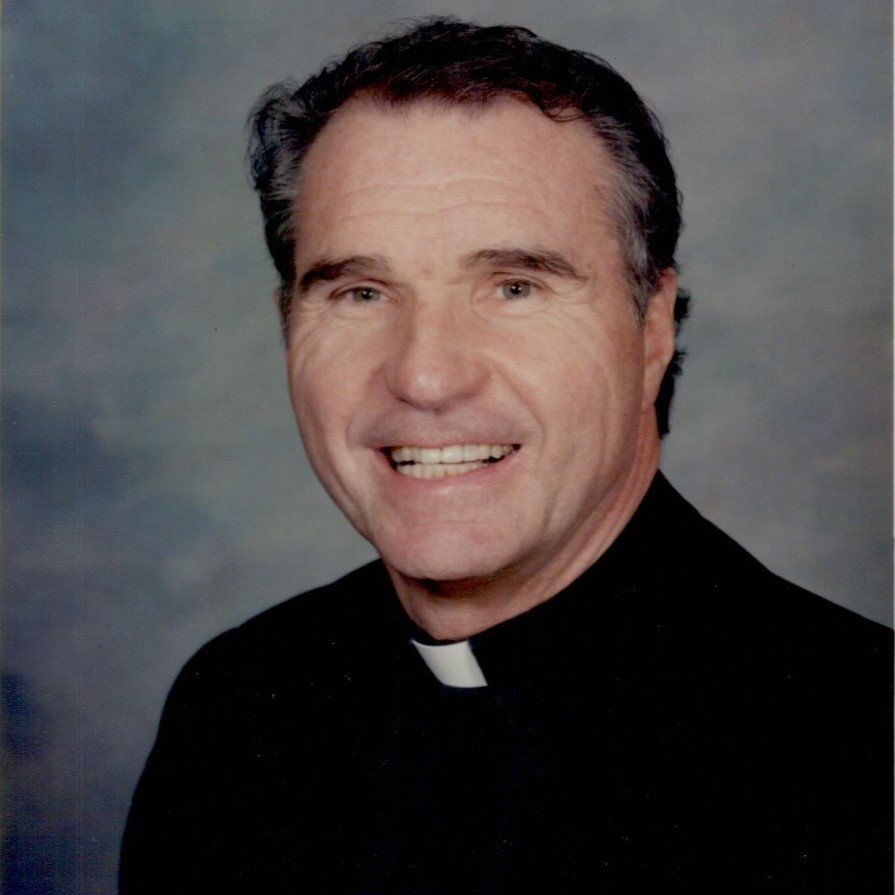 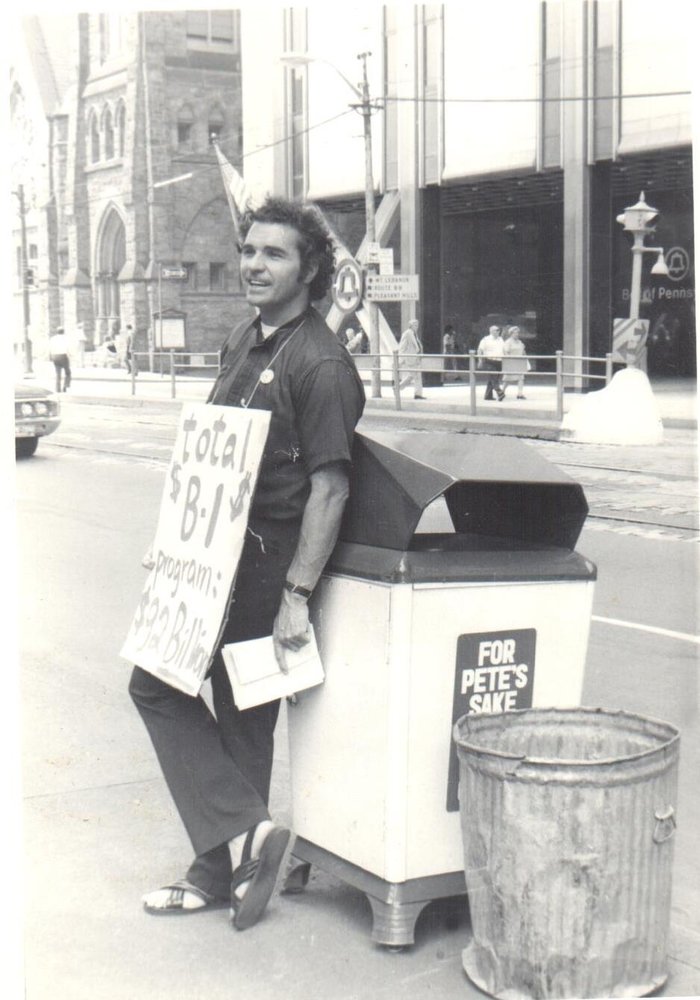 This picture is one of my favorites of Jack. I was living in Manchester at the time and we often went together to the weekly B1 bomber protests in front of the US Steel building. I think I like the picture so much because of his smile and casual attitude as he leans against the trash can. He had his convictions and he paid whatever price needed to be true to those convictions. But no matter what he was doing or who he was interacting with he was always that friendly guy who made everyone feel important. Not because he was trying to make them feel important but because he truly believed everyone was important. And those interactions were invariably laced with his wonderful humor.

So many stories. I'm sure everyone who spent any time at all with him has their own to tell. One that comes to mind as I think back to the trips to town to protest occurred when we were heading home in my little green VW. The parking garage attendant told me how much I owed. Jack was of the opinion that the amount was highway robbery. He was in the passenger seat and leaned over in front of me so he could look out the window up at the attendant. Jack said with a smile, "Buddy, I'd feel a lot better about this transaction if you would point a gun at us while we give you the money ."

I haven't seen Jack since his days at St Aloysius when I used to go over for the early mass and then we would share breakfast together in the rectory while chatting. Quite a few years ago. Jack has been a role model for me. He taught me how we should treat others. I continue to learn from his example. I will likely never be as genuine as Jack but he gives me a clear example to strive towards. I will miss him dearly! I loved him dearly! It feels like we need him now more than ever!

Share Comment
Report
C
Carol Gonzalez Posted Sep 14, 2020 at 9:59 AM
Norm, thank you so much for sharing this photo (it's still how i think of Jack, too, in my mind he never aged, even as i watched him navigate the physical limitations and suffering these past years) and your spot-on, tender tribute and memories. I'm still in Manchester, same home where Sue Heilman lived with us (name was Carol Wilson those years) when we offered emergency housing here CW-style back in the day, and Jack was teaching us at St Joe's to follow the money around housing inequities.
Report
<< Previous Next >>